The UK Home Office Sets Out Its Post-Brexit Immigration Stall 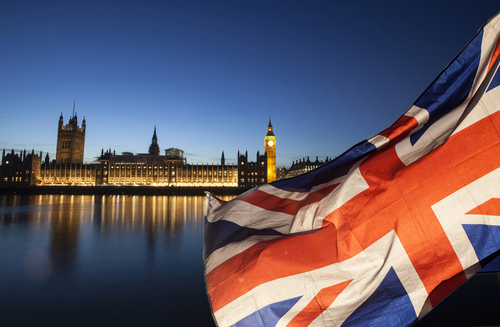 For several months, those with an interest in immigration have been waiting for formal proposals from the UK Home Office regarding the future shape of immigration policy after we leave the EU at the end 2020. The plan was formally announced on 19th February 2020.

As EU freedom of movement comes to an end for the UK, the new points-based system announced by the Government is intended to provide a plausible replacement, ensuring that businesses can continue to recruit from overseas. In this article, we will explore the new rules and how these are being received in practice by UK employers and employees.

How will the new UK immigration system work for skilled workers?

The new system announced by the Home Office is a points-based system, whereby applicants score points if they meet specific criteria.

The starting threshold score which must be reached is 70 points.

Anyone who applies under the new points-based system, whether from the EU or outside of the EU, as of 1st January 2021, will need to:

These are non-tradeable characteristics which must be met by any applicant.

In addition to the non-tradeable characteristics, there are a set of attributes which can be traded (e.g. having a PhD can make up for a lower salary), these are as follows:

While there are points available for lower salaries, the Home Office says that applicants will need to meet the ‘general salary threshold’ of £25,600, unless they can trade points earned because they work in a shortage occupation or have a PhD. The Home Office provides the example of a university researcher in a STEM subject who wants to come to the UK on a salary of £22,000 (i.e. below the general minimum threshold), who can still apply if they have a relevant PhD in a STEM subject. They also provide the example of a nurse wishing offered a salary of £22,000 who can apply as they work in a shortage occupation.

How will the new system work for highly-skilled workers?

Under the new immigration policy, the existing Global Talent route will be opened up to everyone, including EU workers, allowing those at the top of their profession to come to the UK without a job offer if they are endorsed by a ‘relevant and competent body’.

Will the new immigration system alleviate the Brexit concerns of business?

The new Home Office policy has been met with considerable apprehension by some sectors, especially hospitality, social care, farming, and food manufacturing, principally in relation to limits on low-skilled migrants. Speaking for the farming sector, Minette Batters, president of the National Farmers’ Union, has stated publicly the planned restrictions on low-skilled workers could pose considerable challenges for the sector. Furthermore, businesses may understandably be concerned that an estimated that 70% of the EU workers in Britain under freedom of movement would not qualify for entry into the UK under the new scheme.

The Government has stated its intention to stop low-skilled migration, stating unequivocally, “we will not introduce a general low-skilled or temporary work route. We need to shift the focus of our economy away from a reliance on cheap labour from Europe and instead concentrate on investment in technology and automation. Employers will need to adjust”.

There are, however, some glimmers of positivity which will allay the concerns of some UK businesses. The £25,600 threshold has now reduced from £30,000 under the existing scheme, in accordance with the recommendation of the Migration Advisory Committee (MAC). In addition, the Home Office have stated they will suspend the cap on the number of people who can come to the UK through the skilled worker route, and crucially have removed the need to undertake the resident labour market test (RLMT).

It remains to be seen how the new immigration policy announced by Home Secretary, Priti Patel, will work in practice. Some may take the view that while the UK Government is desperate to signal its intention to take back control of its own borders, it knows that it has to make some concessions in order not to damage the economy, i.e. by lowering the salary threshold and removing the need to carry out an RLMT.

We are still many months away from seeing the impact of the changes, however, it is difficult to see how particularly vulnerable sectors such as care and hospitality will adapt in that time. We will keep you updated of events as they happen. 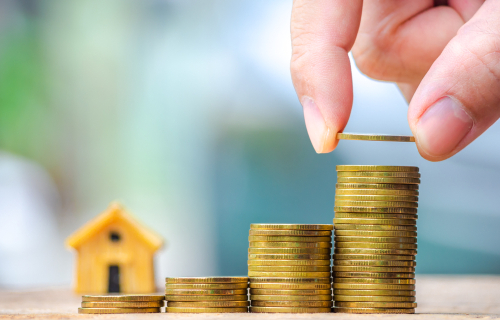 If you are in the process of (or are planning to) apply for a Spouse Visa to join your partner in the UK, navigating the many immigration rules can seem daunting. One of the most important eligibility requirements which must be satisfied relates to the annual income of you and your partner. In this article, we will outline the key parts of the minimum income rules you need to know, and the documents you will need send to the Home Office.

How much income is needed for a UK Spouse Visa?

The financial requirements for individuals applying for a family life with a partner Visa are laid out in Immigration Rules Appendix FM: family members under section E-ECP.3.1, and in more detail in Immigration Directorate Instruction Family Migration: Appendix FM Section 1.7 Appendix Financial Requirement. These can be summarised as follows:

You and your partner

If you are applying for a Spouse Visa to join your UK partner, you will need a combined annual income of £18,600 or more. You can include different forms of income to meet the requirement, including money from employment (whether a fixed salary or variable pay), self-employment, a pension, and outside of employment.

For those with children (i.e. dependants under the age of 18), the Home Office requires you to have an additional income of £3,800 for the first child and £2,400 for every other child. If your child was born in the UK, has already settled in the UK permanently, or is a national of the EU, this additional income requirement does not apply.

For income from employment, you will need to provide the following evidence to the Home Office when submitting your application:

The letter provided by the employer/s should also clarify that the payslips provided as proof of income are genuine.

Under the current immigration rules, savings can also be used to add to your income if they exceed £16,000. If your cash savings are sufficiently high, they can reduce or even remove the need for an annual income. To calculate how much cash savings contribute to the minimum income requirements, the Home Office provides a formula. You first need to work out the lowest amount of cash savings you have held in the past six months, then minus £16,000 from that amount and divide the answer by 2.5. Using this formula, we can calculate the following:

When submitting your application, as evidence of your cash savings, you will be asked to provide savings account statements showing the money has have been held by you or your partner for at least six months.

Can income from benefits be used towards the minimum income requirement?

Yes, if your UK sponsoring partner is in receipt of benefits, these can be used to contribute towards meeting the financial requirements. These may include one or more of the following:

Can income from self-employment be included?

Yes, it is perfectly acceptable to use income from self-employment (from you or your partner, or both), whether in whole or part towards meeting the Spouse Visa financial requirement. The Home Office will typically ask for evidence of self-employment income from the last financial year. For company directors, this will mean providing a Company Tax Return (CT600) and company accounts. Those classed as sole-traders and partnerships will be asked to supply HMRC self-assessment statements as proof of income.

The detailed guidance used by Home Office officials to determine if an applicant for a Spouse Visa meets the financial requirements is 79 pages long. Given the number of rules which apply, it is understandable that some applicants will be unsure if they meet the minimum income threshold. For this reason, if you are unsure, it is highly advisable to seek the advice of an immigration law practitioner who will be able to confirm your exact situation and recommend a solution if any problems are discovered. Doing so will provide considerable peace of mind that when your application is submitted, you have the very best chance of success.